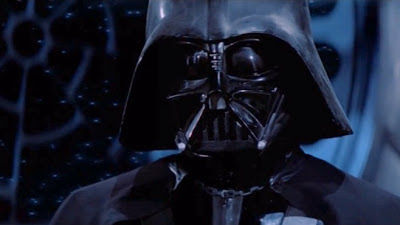 In writing, redeeming a villain or antagonistic character is often tricky because it requires taking a character who'd been, up to that point, consistently written as a bad person with multiple crimes to their names, and changing them into a better person, if not a truly good one. Oftentimes there will be villains who we might like to see get redeemed, but the execution of their redemption arcs are so poorly done and so sloppy or haphazard that we end up not buying it and wishing the villain had just stayed a villain. Other times there will be villains who are depicted as being so thoroughly malevolent and unrepentant, with their crimes so unpardonable, that we can't buy even the idea of them getting truly redeemed. Some villains might take far too quickly to turn themselves around from evil to good, while others might take their time far too long for us to continue to have any investment in their so-called recovery process. And sometimes, even if the redemption ends off being well done, we feel as though it oughtn't happened because the villain in question was such a compelling evil character - they didn't need to be redeemed. So with all these dilemas, what's the right way to redeem villains?

The simple solution is to follow the classic redemption process, which I've dubbed the RAR Process. RAR stands for three words that make up the steps: Repentence, Atonement, and Redemption. Basically take a villain who's not too far gone and apply the basic steps to his/her redemption arc:

Repentance, which literally means to turn, is the activity of reviewing one's actions (either by choice or being directly confronted with their ramifications and consequences) and feeling contrition or regret for past wrongs. It generally involves a commitment to personal change and the resolve to live a more responsible and humane life. In other words, turning away from sinfulness and towards good.

Atonement, which means to make amends or reparation either for exact wrongdoings committed by one in the past, or simply performing new acts of goodwill towards others as an apologetic process of penance for past sins and compensation for all the wrong one has done in his or her life and times.

Redemption, which often refers to the action of saving oneself or being saved from sin, error, and evil in their life. It's original meaning was the action of regaining or gaining possession of something in exchange for payment, or clearing a debt. Which means in a moral and spiritual context, the prior two steps was the payment and debt clearing, and this earns one possession of a truly good life.

Rehabilitation and Apology are optional steps for the redemption process to work. Rehabilitation is when the first step towards redeeming someone is taken by others, whether it be past victims who now see potential for betterment in their aggressor and want to get them help, friends of the bad person in need of help, or people who feel like it's the commitment to rehabilitate threats to society. Apology is only taken by the one being redeemed, as an expression of remorse, regret, and guilt over the wrong they had done to the specific parties to whom they are apologizing. However, it has to be noted that some villains take it upon themselves to rehabilitate themselves and alter their own nature, behaviors, and actions for the better, and some redemption occur without an "I'm sorry" or anything resembling it coming from the ex-villain's mouth - actions tend to speak louder than words.

Also take note that timing isn't always everything - depending on how the villain and circumstances for that villain's redemption is written, a redemption process can be fulfilled in a short amount of time and be just as fulfilling as a gradual redemption arc. Darth Vader up there redeemed himself through his own death, after all! So long as the steps are followed and the effort is sincere, the result is valid.
Posted by Eric at 2:58 PM