He's NOT a Magnificent Bastard? 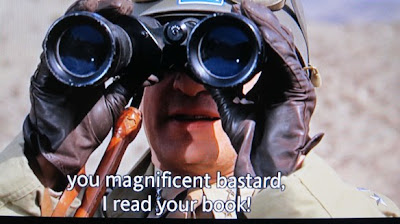 I've covered what a Complete Monster truly is, which villains I think of as Complete Monsters, which villains who've been labeled as such are NOT Complete Monsters, and why Complete Monster is the worst, most mishandled trope ever on TV Tropes. But there's another trope which used to hold that honor, and that trope is Magnificent Bastard. Now to me, it's easy to understand what a Magnificent Bastard is. Seeing as the name of this title is made up of a compliment ("magnificent") and an insult ("bastard"), it's used to define keen-minded, uber efficient antagonists whom you love to hate and hate to love: one whom the audience and characters are against, but have a grudging admiration and reverence or respect for at the same time. However, for most Tropers, the definition was just really unclear. So these foolish people kept on adding the label to A: their favorite villains, B: any cool and badass villain, C: any smart and competent villain, or D: any character who was like totally awesome. It was mess, much like Complete Monster is nowadays. Magnificent Bastard was a definitive good trope: a trope that fans viewed as a badge of honor for the characters and series that they were fans of. Which cheapened it a great deal. A Magnificent Bastard should not be just any awesome villain, any smart, competent, manipulative Chessmaster, or especially any great character period. This type of character is supposed to be a mix of several competent antagonist tropes but with a special style, flare and charisma about him/her that makes him/her worthy of a "magnificent" label. The "magnificent" part is meant to signify awed and impressed feelings about the smart efficiency and stylish audacity of the bastard's...well, bastardry, coupled with audience enjoyment, grudging respect, and even some admiration depending on the bastard in question. It's not a headscratcher!

The official TV Tropes definition is this: If there was ever a character that deserved to be called “Magnificent”, that character is the Magnificent Bastard. The Magnificent Bastard is what happens when you combine the Chessmaster, the Trickster, and the Manipulative Bastard (a bit of Large Ham is optional): bold, charismatic, independent, and audacious. Capturing the audience with his charisma, incredible intellect, mastery of manipulation, and boldness of action, this character is a show-stealer, demanding your reverence at every turn. The term "Magnificent Bastard" was first used by General Patton in reference to Erwin Rommel in the film "Patton", upon realizing that he was facing a man who literally wrote the book on deceptive warfare. It acquired its current meaning courtesy of Lionel Luthor of "Smallville", who was given this nickname by the fanbase.
So what makes a character a Magnificent Bastard? Let's break it down:
Other common aspects of a Magnificent Bastard include being a Large Ham, a Sharp Dressed Man of Wealth and Taste, Wicked Cultured, Crazy Awesome, and Dangerously Genre Savvy.
A key difference that separates the Magnificent Bastard from other character tropes like the mere Manipulative Bastard or The Chessmaster is the Bastard's willingness to step onto the playing field in person. The risks are obvious, but the strategic advantages are numerous.

While usually an antagonist, especially if he's the Big Bad, the Magnificent Bastard can be aligned on either side of a conflict. Hell, he's so amazing he tends to forgo the idea of good and evil all together, instead following his own agenda, choosing to aid whichever side will further his own goals. However, it's true that his penchant for manipulation at the expense of others means it's common for him to be a Villain, Villain Protagonist, or at least an Anti Hero, but heroic examples exist. Either way, he's almost always in charge of whatever organization he's involved with, or might as well be.

Aside from all the various aspects which come together to define the Magnificent Bastard, compare and contrast the Smug Snake, who may once have been a Magnificent Bastard in the making but fell short due to his own arrogance. When a villainous Magnificent Bastard becomes so over the top that he is no longer believable, then he becomes a Villain Sue. Also compare the Guile Hero, who uses cleverness, trickery and manipulation but lacks the flair and depth of-planning to elevate him to Magnificent Bastard status. Despite the term, he is not likely to be a Bastard Bastard, thanks to that person's inherent daddy issues, but there's nothing preventing him either.

Bonus points if at one point he or she (more commonly he) offers the enemy a Xanatos Gambit choice, and gives a Psychotic Smirk or Slasher Smile.

Rarely a Complete Monster, because audiences are likely to find it harder to admire such a character, but some bastards are so magnificent that they can get around this. Being a Smug Snake is a common trait of bastards trying to be magnificent.

With all that said, let me look through fiction to see whom I consider to be Magnificent Bastards:
* - Indicates bastards whose magnificence might be arguable or vary, but still have enough style and ingenuity to be solid contenders.

The Legend Of Zelda: Ganondorf, Yuga, Princess Hilda, and Lana

The Powerpuff Girls: Mojo Jojo and The Gnome

Blade Of The Immortal: Anotsu Kagehisa and Habaki Kagimura

Fist Of The North Star: Rao

Duel Masters: Kokujo and the Choten

Magi, The Labyrinth Of Magic: Sinbad

My Hero Academia: Sensei/All For One

Shakugan no Shana: Bel Peol and the God Of Creation

God Of War: Zeus and Hera

The World Ends With You: Joshua, Kitaniji, and Mr. H

She-Ra and the Princesses of Power: Double Trouble

Star Vs The Forces Of Evil: Toffee of Septarsis

Gaitar And The Golden Lance: Rava

Dragons Of Berk: Alvin the Treacherous, Viggo Grimborn, and Grimmel the Grisly

W.I.T.C.H: Nerissa*, Prince Phobos*, Shagon the Hate, and Will Vandom*(somewhat)

There are actually a lot more examples in TV, Film and Literature, but I don't need to list all. For any other villains I missed, it's worth remembering to run them through the Magnificent Bastard criteria test. If more than one criteria isn't met, then the villain is not this trope. But these guys that I have listed here I feel most definitely are, so this here's a tribute to some of fictions' greatest bastards.
Posted by Eric at 1:40 PM