He's NOT a Complete Monster? 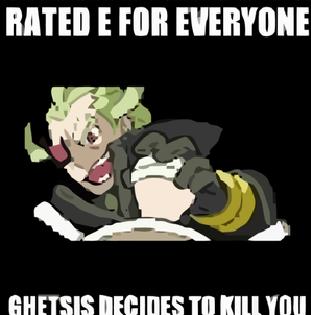 IMPORTANT UPDATE: While my feeling is still that this trope isn't as perfectly defined and handled as it could be on TV Tropes and that obviously many definite examples aren't there when they should be, the wiki has seemed to have finally cleaned up the trope significantly and gotten a better grasp on how to handle it, it's defining criteria for passing, it's examples, and it's process for determining what passes or fails to go up on the trope. What you'll read here are my initial thoughts on the matter:

In it's current state, Complete Monster has officially become the worst trope ever. The trope came into existence alongside Moral Event Horizon as a replacement for the old, abused  "Rape The Dog" trope. The problem used to be that Complete Monster's definition was unclear. It seemed as if it was a Bad Writing trope solely for villains who were so thoroughly despicable that audiences couldn't even enjoy or stomach, thus taking them out of the work they were investing themselves in. Which was very limiting and stupid. Then it's standards were dropped too low, so that made it easy for foolish, simple minded tropers to cite any old villain who did nasty things and/or crossed the Moral Event Horizon as an example of one, even if he/she was not. And NOW, the standards have gone too far the other way: they're too high! Now the Monster HAS to commit his villainy on-screen and said villainy has to be on the level of mass mind rape, mass genocide, and mass corpse raping. And the core problem with all of these has not been removed: it's still all about what the villain DOES rather than about who he/she IS. Which makes the existence of Moral Event Horizon pointless, since that's supposed to be the trope for that. Complete Monster should be about the type of villain who would cross the Moral Event Horizon and then keep right on going. Villains who are pure evil to an alarming, revolting, and detestable degree, are played as being such in the work itself, inspire fear and hate in other characters, have next to no positive qualities to speak of, show no trace of shame and remorse for their crimes, and are beyond all hope of redemption. And most importantly, they commit terrible actions BECAUSE they're Monsters, NOT the other way around! The importance should be placed   on who and what the villain is on the inside, not just the vile stuff they do. And characters like Ghetsis are most definitely inhumane monsters on the inside, which is what inspires feelings of discomfort, fear, hatred, and revulsion that leads to people considering them to be Complete Monsters.

If anything, what is currently up on TV Tropes understates the Trope too much. Really, it's good,
but still not the best. The proper definition is this:


To sum it all up: the Complete Monster is pure evil. "Complete" and "pure" being keywords here. This is the most evil character(s) in the work. He/she is vile to a revolting and horrific degree. He/she is unrepentantly evil, beyond any hope of redemption. It should be unimaginable that this villain find redemption, nor should he/she ever seek it. He/she is utterly self-serving and has no decency or regard for others, not giving a fuck about anything else if they don't suit their ends. He/she commits atrocities more heinous than the actions of most other villains because of just how rotten to the core the villain is. He/she has no notable altruistic or redeeming qualities to speak of, and no valid, adequate excuse for his/her actions and behaviour. And the villain must be treated seriously by
the work's narrative and it's characters even if the work is light or comedic. If in the latter case, the monster may provide laughs, but NOT be Played For Laughs. He/she is still 100% reprehensible.

The rest of this entry shall be me going through fiction and picking out villains who are absolutely, definitively Complete Monsters. Because I cannot rely on TV Tropes itself to define that anymore.
* - Indicates which of the monsters listed are actually only borderline (99%) monsters, who don't meet all criteria but are still quite heinous.

Lord Of The Rings: Morgoth, Sauron, Glaurung*, Azog the Defiler*, and Lheu Brenin

Where Is Carmen Sandiego?: Lee Jordan

The Powerpuff Girls: Him* (sort of) and Dick Hardly

Blade Of The Immortal: Shira

The Rising Of The Shield Hero: Medea Pideth Machina and Idol Rabier

My Bride Is A Mermaid: Lord Yoshiuo

Rose Of Versailles: Jeanne and the Duke

Once Upon A Time: King Xavier*, Jafar, and Peter Pan

The Haunted Mansion: Atticus Thorne and the Phantom

Prince Of Persia: The Vizier/Zurvan

The Legacy Of Kain: The Elder God

Tales Of Legendia: Vaclav and Solon

American Dragon: The Huntsman and the Dark Dragon

The Story Keepers: Nihilus and Nero*

Winx Club: The Wizards Of The Black Circle

Green Lantern: Atrocitus and the Anti-Monitor

Huntik: Secrets And Seekers: The Betrayer

How To Train Your Dragon: Drago Bludvist and Grimmel the Grisly

Cubix: Robots For Everyone: Kilobot

Galaxy Rangers: The Queen Of The Crown

Conan The Adventurer: Set, Wrath-Amon, Baron Sharto, and the Master

Samurai Jack: The High Priestess and the Dominator

The Real Ghostbusters: The Grundel, Piper, and Surt

Men in Black -the Series: Alpha and Vangus

Star VS The Forces Of Evil: Seth of Septarsis*

Over The Garden Wall: The Beast

There are actually a lot more examples in all media, but I don't need to list them all. For any other villains I missed, it's worth remembering to run them through the Complete Monster criteria test.
And if more than one criteria isn't met, then the villain is not this trope. But these guys that I have listed here I feel most definitely are, so this here's a tribute to some of fictions' greatest monsters.